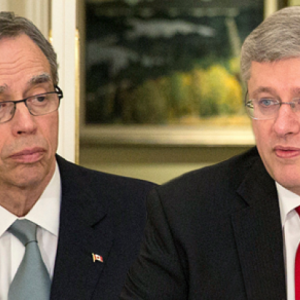 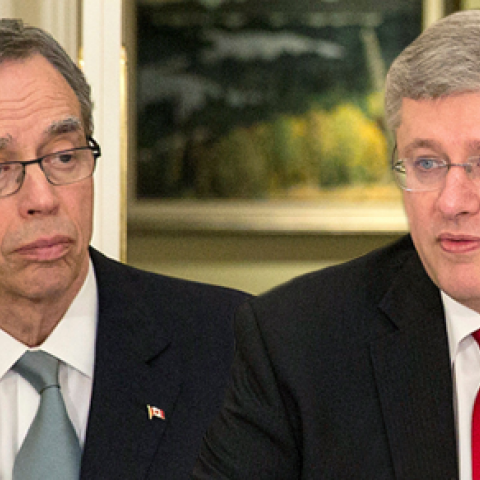 Are Conservatives withholding data showing new TFSA changes are a goldmine for the rich?

Why won’t the government back up its claims by releasing its numbers? Despite the Conservative governments repeated claims that 60 per cent of individuals who maxed-out their Tax Free Savings Accounts earn less than $60,000 per year, Canada Revenue Agency isn’t releasing detailed data on the breakdown of TFSA contributions by income level. Data on contribution […]

Why won’t the government back up its claims by releasing its numbers?

Despite the Conservative governments repeated claims that 60 per cent of individuals who maxed-out their Tax Free Savings Accounts earn less than $60,000 per year, Canada Revenue Agency isn’t releasing detailed data on the breakdown of TFSA contributions by income level.

Data on contribution levels, withdrawals, and who is maxing out on their TFSA by income level would go a long way in showing who will really benefit from the big ticket Conservative policy to hike TFSA contribution limits.

The CRA has released similar statistics with breakdowns by age and province of TFSA holder, but has yet to provide the public full information of TFSA use by income level. But it just so happens this data was provided to Finance Canada, which the Conservatives have used to massage their message about how  60% of those benefiting from TFSAs earn less than $60,000.

But there’s a big hole in those limited CRA numbers.

Why the government’s numbers are misleading

These government figures are misleading in that they are at the level of the individual’s income, Simon Fraser University economist Rhys Kesselman told PressProgress. Kesselman is considered one of the grandfathers of TFSAs and authored a recent report published by the Broadbent Institute about why doubling TFSA contribution limits is bad public policy.

“The numbers ignore the incomes at the level of the household and the fact that many couples will shift funds to the lower-earning spouse for deposit to a TFSA. In the CRA’s stats this counts as a TFSA held by an individual at that lower income,” he said.

In other words, the Conservative talking point is skewed because many TFSA holders with modest incomes have a spouse with a higher income who can contribute on their behalf — another channel for income-splitting by higher-income couples in addition to the Family Tax Cut.

This was also pointed out by Kingston and the Islands MP Ted Hsu: “The problem with saying that, ’60 per cent of the individuals contributing the maximum amount to their TFSAs had incomes of less than $60,000 in 2013′ is like the problem with saying that low income  breathe more than high income people. Of course, because there are more low income people!”

According to his calculations, the proportion of people in each income range who actually contributed the maximum to their TFSA looks like this: Most Canadians will see no benefit from the TFSA contribution expansion to $10,000 annually.

In his study for the Broadbent Institute, Kesselman showed only 23.5% of TFSA holders maximized contributions in 2012 — and average contributions were just $3,491.

And what’s more, Kesselman reported that the proportion of TFSA holders maximizing their contributions has been declining sharply from 64.0% in 2009. It is now undoubtedly below the 2012 figure of 23.5%.

And yet the Conservatives continue to insist this primarily benefits low- and middle-income Canadians?

So let’s see the data.