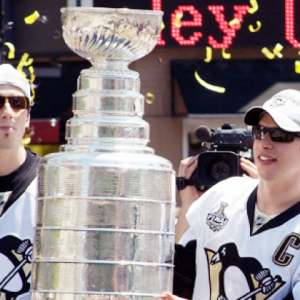 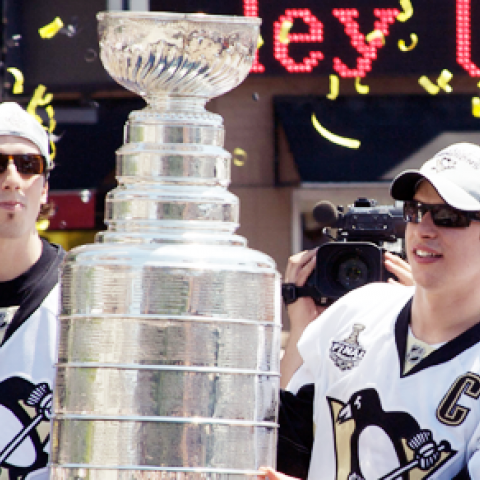 Do millionaire hockey players pay too much in taxes? And could lowering taxes for millionaires actually help your favourite hockey team win the Stanley Cup? The questions may be ridiculous, but that hasn’t stopped the anti-tax brigade at the Canadian Taxpayers Federation from exploring the issue in depth in a new report. “Take a break from […]

Do millionaire hockey players pay too much in taxes? And could lowering taxes for millionaires actually help your favourite hockey team win the Stanley Cup?

The questions may be ridiculous, but that hasn’t stopped the anti-tax brigade at the Canadian Taxpayers Federation from exploring the issue in depth in a new report.

“Take a break from blaming your team’s management and consider blaming high taxes for why your team can’t seem to end that rut,” says the joint venture from the CTF and Americans for Tax Reform.

This year’s report notes that 57% of unrestricted free agents signed to “teams with lower taxes.”

So, if the best players are signing with teams in cities where taxes are lowest, that means low-tax teams are better hockey teams, right?

Let’s take a closer look at that.

CTF’s report ranks Edmonton and Calgary at the top of their list as the two lowest tax jurisdictions in the NHL. So were the Edmonton Oilers and Calgary Flames were among the two best teams in the NHL last year? Careful readers will note that Edmonton and Calgary finished in the basement of the NHL’s Western Conference in 2013-14. Overall, the Edmonton Oilers were the third worst team in the league, followed by the Calgary Flames, who were fourth worst.

According to CTF’s index of NHL tax rates, Vancouver (7th out of 30 teams) and Winnipeg (12th) should be among the most competitive teams in the league. Ottawa and Toronto (tied at 18th place) should be fighting for playoff spots. And yet, in reality, none of these teams made the playoffs last year.

Only the Montreal Canadians (30th) — dead last in CTF’s tax rankings — made the playoffs last year. They advanced all the way to the Conference Finals where they lost to the New York Rangers (26th). The Rangers went on to lose the Stanley Cup to the Los Angeles Kings (29th), who were the second highest taxed team in the NHL behind Montreal.

In other words, the lowest-taxed teams in the NHL last year were the worst teams and the highest taxed teams were the best teams.

Update: As of November 18th, 2014, the Edmonton Oilers once again find themselves in last place in the Western Conference.

Meanwhile, the highest-taxed Montreal Canadiens are first place in the entire NHL.

But none of this is really about hockey.

As CTF points out, “the purpose of this report is to show the impact that taxes … have on labour mobility,” reasoning that while salaries are “more extreme with NHL players, the concept is the same for millions of North American families.”

However, it’s not clear there’s much of a link.

A recent survey by the Canadian Employee Relocation Council found only one-third of Canadians could be persuaded to move cities for work, and among that group, respondents listed raises, professional advancement and ability to accommodate spouses’ employment were listed as the biggest incentives to encourage moving. And the biggest barrier identified were the costs and logistics of moving. Avoiding income taxes isn’t even on the radar.

And the same is true for businesses.

The World Economic Forum’s annual Global Competitiveness Index looks at a dozen areas in assessing how competitive a country is in attracting businesses and jobs. “Taxes” isn’t one of those areas, but public institutions, infrastructure, health care, higher education and innovation are.

All things paid for with — yep, you guessed it: taxes.

And another survey of America’s fastest growing start-ups found that entrepreneurs “rarely cite low tax rates or business-friendly regulations” as motivating factors when deciding where to locate their operations.

Instead, entrepreneurs said access to a local pool of skilled workers as the single biggest factor behind choosing where to set-up their business. Only 5% of entrepreneurs even mentioned taxes, while “parks and restaurants were discussed more frequently than terms related to taxes and regulations.”

“Apparently, having a tax advantage isn’t everything,” CTF points out, explaining why hockey teams in low-tax Alberta perform worse than other teams.

Photo: michaelrighi. Used under a Creative Commons BY-2.0 licence.