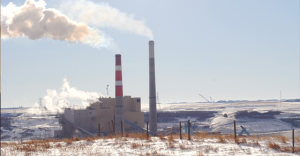 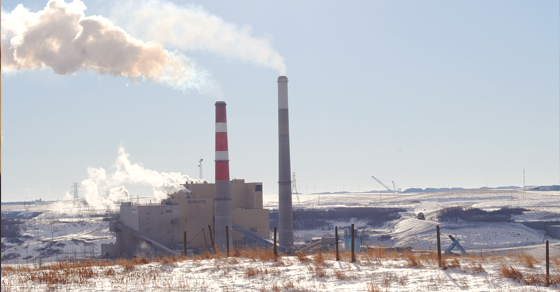 Here's a perfectly sensible option for Alberta as it gets ready to make tough choices on reducing greenhouse gas emissions at this month's Paris climate conference.

Here’s a perfectly sensible option for Alberta as it gets ready to make tough choices on reducing greenhouse gas emissions at this month’s Paris climate conference: phase out Alberta’s fleet of coal-fired power plants.

Experts argue that within 20 years, Alberta could reduce its heavy reliance on fossil fuel energy and instead power the province from mostly clean and renewable energy, cutting its GHG emissions from the electricity sector by as much as 69%.

But beyond cutting carbon emissions, it’s also taking a huge toll on the health of Albertans.

In September, a new national air quality survey reported alarming levels of air pollution across much of the province.

One of the best options for reducing GHG emissions and improving air quality is dealing with coal. A recent report by the Broadbent Institute describes coal as a “low-hanging fruit for policy makers grappling with a complex, energy-based economy.”

Here are four things to keep in mind:

1. Alberta’s reliance on coal stands out:

For one thing, Alberta’s current reliance on coal-fired power plants is out of step with a global shift away from coal, and it is an outlier amongst Canadian provinces.

Coal represents less than 40% of Alberta’s electricity capacity, but is used more than cleaner fuels, actually producing more than 65% of the province’s electricity and a disproportionate share of emissions. It also produces a full 65% of Canada’s total coal-fired electricity. According to a report produced by environmental and health groups, other pollutants emitted by Alberta’s coal plants include lead, cadmium, hexachlorobenzene, dioxins and furans, polycyclic aromatic hydrocarbons and arsenic.

Ah, what a breath of fresh air! (Cough, cough) To put this pollution into perspective, the 43 megatonnes of greenhouse gas (GHG) emissions from Alberta’s coal plants was only slightly less than all of the GHG emissions produced by all oilsands operations combined in 2011.

3. And that air pollution is making people sick:

According to the Canadian Medical Association, the average number of acute premature deaths linked to air pollution in Alberta is 284 per year. Add to that an extra 4,551 estimated deaths between 2015 and 2030.

The total number of hospital admissions between 2015 and 2030 is estimated to be 15,932, and there will be 73,551 emergency department visits by Albertans for air pollution related illness over the same period.

And the number of days when Albertans will have minor illnesses related to air pollution (such as asthma symptoms) is estimated to total more than 660,000 per year, or more than 10.5 million between 2015 and 2030.

How much does it cost to treat air pollution-related illnesses?

According to the CMA, the direct costs of lost productivity through missed work and health-care expenditures in Alberta would average $47,736,200 per year between 2015 and 2030, and the total for those 16 years would be over $760 million – almost $400 million of which represents provincial health-care costs.

When all of the costs are factored in, the total human health burden of air pollution in Alberta between 2015 and 2030 is estimated to cost more than $12 billion.

So, phasing out coal would not only be good for the environment – it would be good for public health and the economy too.