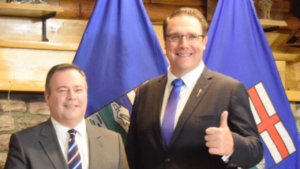 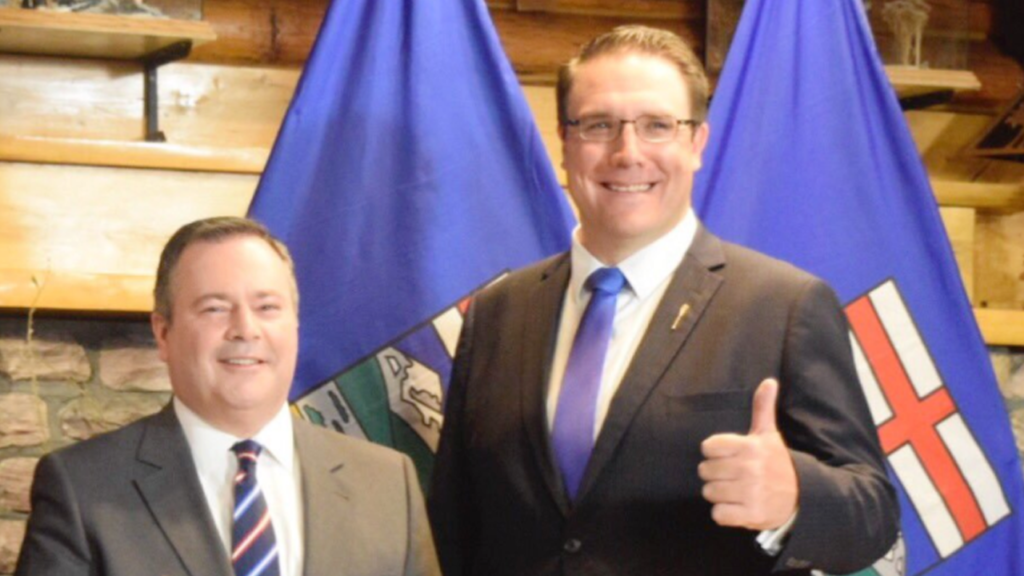 A company owned by United Conservative Party house leader Jason Nixon was fined by British Columbia’s Human Rights Tribunal for firing a woman after she complained she was being sexually harassed at work.

First reported by the Edmonton Journal, the revelation is surfacing at the same time as Jason Kenney’s Conservatives are fighting new provincial legislation aimed at protecting women from workplace harassment.

According to a 2008 BC Human Rights Tribunal ruling, the UCP house leader fired a single mother of three after she confided to him that a co-worker in a position of  authority was “touching and propositioning her.”

Nixon Safety Consulting, the UCP house leader’s former company, employed the complainant as part of an occupational health and safety services contract with a Kelowna-area condo development. Greg Ford served as the senior project manager and effectively acted as the complainant’s boss.

What happened at the workplace:

According a ruling penned by human rights tribunal member Kurt Neuenfeldt, the complainant testified her boss “bragged about his sexual exploits, propositioned her and regularly made sexually-charged comments to her” and noted “there is an allegation that he hit her on the buttocks.”

And as the Georgia Straight summarized the case in 2009:

“(The complainant) was a 27-year-old single mother of three when she was hired in October, 2007 by Nixon Safety Consulting, which provided safety services at a Kelowna condominium project called the Lofts.

According to the ruling, (the complainant) claimed that Ford offered to trade her truck tires for sexual favours.

(The complainant) also claimed that Ford told her she could climb the corporate ladder and earn more money if she had sex with him.

In addition, (the complainant) claimed that Ford viewed pornography on his office computer in her presence.

“She recalled that on each occasion, Mr. Ford stated that ”˜a guy has to get off somehow’,” Neuenfeldt wrote in his decision.”

How her bosses tried to blame women for sexual harassment:

According to the ruling, the respondents accused the complainant of being too “chatty, flirty and overly friendly” and claimed she wore “clothes that were too tight, to loose, too revealing or too dressy” and “saw her underwear when she bent over.”

The Human Rights Tribunal rejected this “spurious allegation” and others as an attempt to blame a woman targeted by a sexual harasser for creating a “sexualized workplace”:

“The fact that (the complainant) may have had an outgoing personality is not a basis which to criticize her as a worker. As to her manner of dress … in the end, I find the attempt by the respondents to portray (the complainant) as someone who deliberately dressed and acted in a sexually provocative manner, and the implicit suggestion that she sexualized the workplace herself, without merit.”

What Jason Nixon did:

According to the ruling:

“During the conversation, (the complainant) told Mr. Nixon what had been going on with Mr. Ford and that he had been touching and propositioning her … Mr. Nixon told her that there was no way this sort of thing would be tolerated. He also told her not to go into work the next day, and that he would call her. (The complainant) noted at the hearing that although she had never met Mr. Nixon in person, she found her self crying during the conversation.”

The complainant followed-up by sending an e-mail to Nixon detailing instances of sexual harassment in writing, but a week later Nixon – who lived in Calgary – sent her a written reprimand for showing up late for work.

Nixon later warned his employee in an e-mail that the condo developers were “looking for mistakes” as an excuse to fire her.

A week before Christmas, Nixon sent a letter terminating the complainant’s employment – except as Neuenfeldt pointed out, Nixon apparently faxed the letter not to her but to the man sexually harassing her:

“On December 20, (the complainant) received a letter from Mr. Nixon, notifying her that, as of January 1, her services were no longer needed … Mr. Nixon sent the letter to Ms. Harrison by fax. On the cover page of the fax is the following handwritten note … As I understand this entry, Mr. Ford received the fax in the site office, and in turn instructed Mr. Wiens to deliver it to (the complainant).”

The tribunal ruled that the real reason Nixon fired the complainant was because he was worried about losing a business contract:

“In the end, (the complainant) was a less important part of the workforce at the Lofts than Mr. Ford, particularly as construction was finally getting underway in earnest.  In my view, the message to Mr. Nixon was clear – (the complainant) was expendable, and the contract with NSC was in jeopardy …

I accept (the complainant’s) evidence that, immediately after she received the notice that she was fired, she contacted Mr. Nixon, who told her he was letting her go, not because he wanted to, but because Navigator wanted her out. That evidence is consistent with my conclusions regarding what actually occurred. “

Nixon told the Edmonton Journal he would do things differently today, although he says “it’s not enough to write stuff down” as laws and stresses only businesses can protect workers from harassment:

“It’s not enough to write stuff down and say, ‘this is wrong’ … Any time we’ve made large advancements on occupational safety, it’s been driven by industry.”

Recent polling found more than half of all Canadians say women are sexually harassed in their workplace – seven-in-ten additionally say their bosses turn a blind eye to harassment.