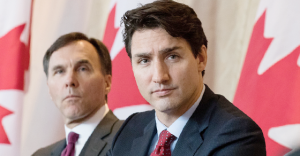 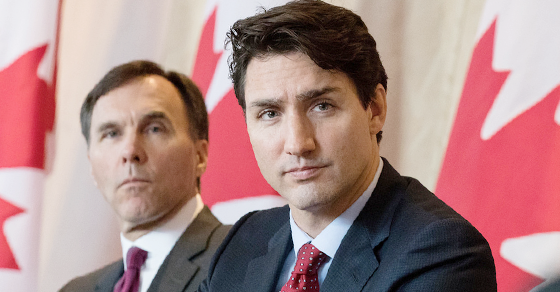 They're explaining it a dozen different ways, and their excuses change from day to day – sometimes it even changes one, two or three times per day.

Good news: the Liberals can explain their cash-for-access fundraisers

Bad news: they’re explaining it a dozen different ways, and their excuses change from day to day – sometimes it even changes one, two or three times per day.

News of the first Liberal cash-for-access fundraisers was first came to light last spring. Wealthy donors, some with a stake in government business, paid tidy sums of money for face time with people who make the laws in this country.

Even though their own conflict-of-interest guidelines are pretty clear that they shouldn’t be holding these kinds of events, the Liberals have offered a variety of strange and confusing excuses instead.

Here’s a detailed timeline of their evolving talking points responding to some of these revelations:

After news breaks that Justice Minister Jody Wilson-Raybould is attending a private Liberal fundraiser at a Bay Street law firm that was also registered to lobby her, Liberal spokesperson Braeden Caley suggests such fundraisers are an “important part” of an MP’s “political engagement”:

“As one would expect, all MPs have a role to play in attending events for their political party and the [Ethics] commissioner’s office recognized that fundraising is an important part of all MPs’ political engagement.”

When it emerges that Finance Minister Bill Morneau hosted a private Liberal Party fundraiser for business executives at the waterfront mansion of a Halifax mining tycoon, Morneau is “pleased” to suggest the fundraiser was really just a way of holding pre-budget consultations:

“I am pleased to say that we have taken on a consultation process for our budget that allows us to listen to all Canadians…We have the most open process ever put in place, and we will continue to listen to Canadians as we craft the next budget on their behalf.”

Morneau reassures Canadians that their events “are in fact open” to the public:

“Like every other Member of Parliament, I am actively involved in fundraiser activities for my party. Invitations are sent to hundreds of people and they are in fact open.”

Apparently the events are so open that the Liberals reportedly used a robots.txt code to block details about elite fundraisers from showing up in Internet searches.

Following news that a pharmaceutical billionaire who launched a lawsuit challenging the federal government’s ban on importing two of his company’s drugs to Canada from India, House Leader Bardish Chagger states the event is an example of “lawful and ethical fundraising.”

Only a week after telling the Winnipeg Free Press he would never participate in a “pay-to-play” fundraiser, it’s revealed that Natural Resources Minister Jim Carr attended a fundraiser held by a major law firm that actively lobbies on issues relating to permits and regulations in the mining and sector.

A Liberal spokesperson explained that Carr was “entirely correct” because “the term ‘pay-to-play’ implies a connection to government business in party fundraising” and “Mr. Carr attends political fundraising on behalf of his party – and he complies with all rules in doing so.”

Asked why he’s violating his own accountability rules, Trudeau says he’s being criticized for “engaging with Canadians too much” and being “too open and accessible”:

“Mr. Speaker, for over a year now, the members opposite have been criticizing this government regularly for engaging with Canadians too much, for being too open and accessible, for consulting regularly with Canadians and demonstrating, quite frankly, the most open and accessible government this country has ever seen. We, of course, follow all the rules and make sure that we engage with Canadians. We are listening to them in the most positive and respectful way possible.”

Morneau explains that the wealthy donors who show up at his fundraisers are showing they “support the democratic process”:

“What’s happening at those fundraisers is, people are saying we support the democratic process. [They’re saying] we think it’s important that we have good people that go into public life and if we don’t support them, we don’t get good people in public life.”

Trudeau suggests a secret Liberal fundraiser with Chinese billionaires and state officials was in Canada’s national interests because he was “engaging positively with the world to draw in investment”:

“Canadians faced a period of 10 years of lower-than-needed growth under the previous government. That is why we have committed, engaging positively with the world to draw in investment. We know that drawing in global investment is a great way to grow the economy and create jobs.”

After former Toronto Police Chief turned Liberal MP Bill Blair is photographed with marijuana lobbyists at a grassroots fundraiser, the lawful and ethical Liberal fundraising machine decides to return the cash just to “avoid any appearance of conflict of interest.”

As a Liberal spokesperson explained:

“While the lobbying code is clear that such individuals may be able to attend grassroots fundraisers, these contributions are now in the process of being returned to avoid any appearance of conflict of interest.”

In case anyone was wondering, Liberal MP Kevin Lamoureux tells the house that his government’s fundraising laws are the “strictest”  you’ll ever see:

“We have some of the strictest rules around fundraising of any level of government, and our party respects those rules.”

Trudeau admits he has been lobbied by lobbyists at elite Liberal fundraisers.

But the Prime Minister explains that although he listens to the lobbyists, the lobbyists are unable to influence his thoughts:

“Any time I meet anyone, you know, they will have questions for me or they will take the opportunity to talk to the prime minister about things that are important to them … And I can say that in various Liberal Party events, I listen to people as I will in any given situation, but the decisions I take in government are ones based on what is right for Canadians and not on what an individual in a fundraiser might say.”

Trudeau suggests he goes to fundraisers with wealthy donors to champion the middle-class:

“No matter where I am or who I am talking to I always talk about the same thing: The fact that our priorities are to create economic growth for the middle class.”

Liberal MP Mario Mendicino says “fair-minded Canadians” see no conflict-of-interest in the Prime Minister being lobbied at Liberal fundraisers so long as Trudeau is “accessible” to non-wealthy Canadians:

On political fundraisers, @marcomendicino: Cdns know this prime minister because he’s been so accessible #pnpcbc https://t.co/DBIkobiTqx