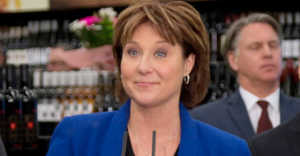 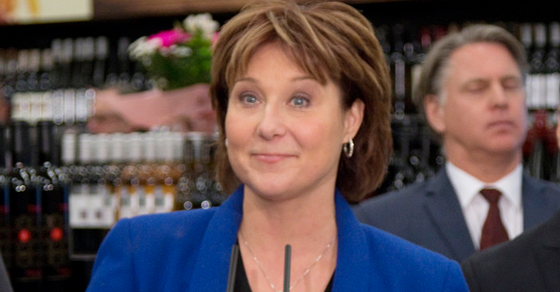 The head of a firm that has donated tens of thousands of dollars to the BC Liberals isn't too impressed his money has ended up in BC Premier Christy Clark's pocket.

The head of a firm that has donated tens of thousands of dollars to the BC Liberals isn’t too impressed his money has ended up in BC Premier Christy Clark’s pocket.

The Globe and Mail reported Wednesday that the BC Liberal Party pays Clark $30,000 to $50,000 per year for work that includes attending BC Liberal fundraising events.

That extra cash is in addition to Clark’s nearly $200,000 Premier’s salary and taxpayer-funded expenses, which has controversially included private jet flights and a $3,000 dinner at a Victoria oyster bar.

The amount of the stipend – totalling over $300,000 from the BC Liberals since 2011 – was previously undisclosed and in a 2012 interview with The Tyee, Clark first claimed she did not know how much she was getting paid, before suggesting the money was for a “car allowance.”

After learning of Clark’s big stipend, the head of a liquor consultancy that has donated over $40,000 to the BC Liberals, took to social media to express his feelings about the news:

Bert Hick, president of Rising Tide Consultants and a big player in BC’s liquor industry, wrote on Facebook that he expected his donations were intended to “raise money for elections and policy development” rather than “salaries for politicians who have the richest pension plan in the country.”

The Globe reports BC’s Conflict of Interest Commissioner is currently reviewing whether the BC Liberals’ payments to Clark for work that may include fundraising events where donors get special access to the Premier constitutes a conflict-of-interest.