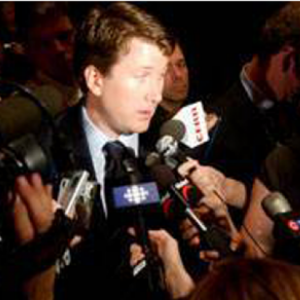 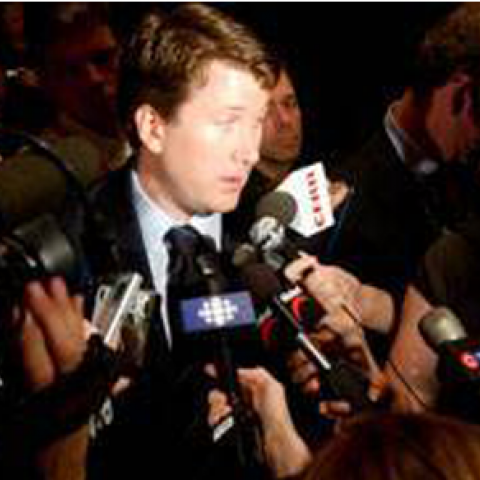 This isn’t the first time Conservative MP John Williamson has used racially divisive language. Controversy erupted at the Manning Networking Conference on Saturday when the New Brunswick MP commented on the Temporary Foreign Worker Program: “I’m going to put this in terms of colours but it’s not meant to be about race, it makes no […]

Controversy erupted at the Manning Networking Conference on Saturday when the New Brunswick MP commented on the Temporary Foreign Worker Program:

1/3 Today I used offensive and inappropriate language regarding the Temporary Foreign Workers Program. For this I apologize unreservedly.

But Williamson’s inflammatory comment — which earned a public rebuke by caucus colleague (and Parliamentary Secretary for Foreign Affairs) Deepak Obhrai, who called it a “foolish statement that “damages all of us” resulting in “years of hard work down the drain” — has past precedent.

Very disturbed by Williamson’s race based comments. Foolish statement damages all of us. Years of hard work down the drain #cdnpoli #yyc

In 2013, Williamson was accused of “racist intentions” by a constituent after a flyer promoting First Nations transparency was delivered to homes in his riding:

“The first thing that struck me when I received the flyer was that it had racist intentions. This seemed like a set up, a way to throw negative light on one community. Given that this was coming from John Williamson and that I have not received anything else relating to First Nations issues, I had to wonder about ulterior motives.”

In 2006, while he was the head of the Canadian Taxpayers Federation, Williamson penned an article titled “Canada’s Teepee Republic,” in which he equated the lack of accountability of First Nations leadership with “banana republics”:

“A parallel type of home rule is about to be ratified in Canada — call it the teepee republic.”

3. Criticizing the government’s “statement of reconciliation and apology” to First Nations people

That same year, the Canadian Taxpayers Federation criticized the government’s 1998 “statement of reconciliation and apology” to First Nations people “who experienced sexual and/or physical abuse”:

“This apology paved the way for an industry funded by taxpayers and fuelled by guilt.

“Were Indian residential schools perfect. Of course not. But what was the alternative? Should the federal government not have provided education for aboriginal children?”

Also in 2006, as head of the Taxpayers Federation, Williamson criticized the Women’s Legal Education and Action Fund for using “tax dollars” to “advance their politically correct causes through the courts.”
Williamson questioned the legitimacy of advocacy that, in his words, argues “a person importing large quantities of cocaine into Canada should receive a lighter sentence if they are black single mothers.”

Williamson also added “Guatemalan” criminals appealing deportation decisions, the spanking of children, the right of pregnant women “to continue harming their unborn child by sniffing glue,” same-sex marriage and the idea “that sexual orientation is akin to race, gender, and religion and should be added to human rights legislation” as other examples of political correctness run amok.

In 2014, Williamson referred to “bogus refugees” in a questionaire to constituents. The same letter asked if elderly “new immigrants” should qualify for a pension:

“Do you agree that we should offer taxpayer-funded Old Age benefits to new immigrants.”

6. Quoting Martin Luther King to celebrate the end of the long-gun registry

And in 2013, Williamson drew criticism for quoting civil rights leader Martin Luther King — “free at last, free at last” — in reference to the demise of the long-gun registry.