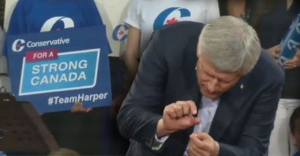 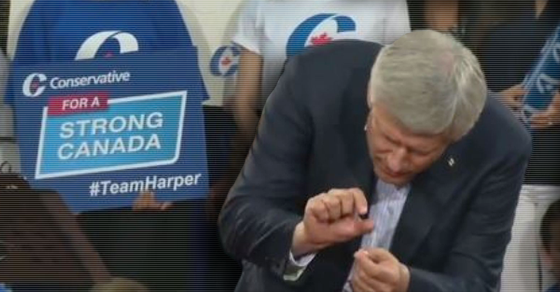 9 ways Conservatives have shown how little they care about women

How much worse off are women thanks to Stephen Harper's Conservatives?

How much worse off are women thanks to Stephen Harper’s Conservatives?

Here’s a quick reminder of some of the notable attacks on the status of women in Canada over the past decade:

1. Removing “equality” from the Status of Women mandate

One of the first things the Conservatives did upon forming government was to remove the word “equality” from Status of Women Canada’s departmental mandate.

Since then, they’ve only added insult to injury by cutting Status of Women Canada’s departmental budget by 37% since 2006, leading to the shut down of 12 out of 16 regional Status of Women offices. These cuts also affected advocacy groups, rape crisis centres, women’s health, service providers and more.

2. Opposing a woman’s right to choose

You may have heard that 86 Conservative candidates were recently endorsed by a far-right anti-abortion group. And less than a week ago, the outgoing Minister for Status of Women declared she’s “pro-life.”

In 2010, women’s groups were actually verbally threatened by Conservative Senator Nancy Ruth, who warned them that the government would go after their funding unless they “shut the f–k up” about abortion.

Three (1, 2, 3) Conservatives tried to re-open the debate on women’s reproductive rights under Harper’s watch. And one Conservative candidate says he’s waiting to “see how many pro-life MPs are elected.”

With most parents paying over $1,000 per month in most Canadian cities for child care (and as high as $1,600 for infants in Toronto), Harper’s Conservatives ignore calls for a national childcare program because they think it’s “a crazy scheme to raise your kids for you.”

Instead, the Conservatives have promoted an additional $60 per month baby bonus, equivalent to about six extra hours of babysitting at $10/hour at a time when the cost of daycare represents over 25% of a woman’s income.

4. Pay equity is a thing of the past

In 2009, the Conservatives passed the Public Sector Equitable Compensation Act, which was anything but.

The change meant female public servants were actually barred from complaining to the Human Rights Commission about job pay inequity.

One expert said the “legislation effectively treats pay equity as if it’s not a human right” even though women are nearly twice as likely than men to work minimum-wage jobs and the Canadian gender pay gap is the eighth largest among OECD countries.

On the other hand, Conservative candidate Joan Crockatt blames women for “choosing professions that aren’t as high-paying.”

Another regressive tax policy introduced by the Conservatives is income splitting, which will cost $2.2 billion this year alone and benefit only 15% of (mainly wealthy) Canadian families.

Since men are still statistically higher income earners than their spouses, this means nine-tenths of income splitting’s benefits go to reducing their tax bill. The Parliamentary Budget Officer says it encourages women to leave or stay out of the workforce. 6. Voting down a motion to stop violence against women


1.8 million Canadian women have reported being the victim of violence or sexual assault in the past five years and every six days a woman is killed by her intimate partner – yet Canada has no stand-alone policy on intimate-partner violence.

It was unanimously rejected by Conservatives.

7. LEAKED REPORT: Canada ranks at the bottom of the world on women’s equality

What were they trying to hide?

A recently leaked internal report marked “secret” says Canada is “lagging behind” comparable countries such as the U.K., Ireland, Australia and New Zealand in terms of the gender wage gap, gender equality in Members of Parliament and warns of the lack of a national strategy to stop violence against women is leaving some women “vulnerable.”

And then there’s the Conservatives’ intense focus on a very specific and extremely small group of women (2 out of 680,000).

Between the economy being driven into a ditch and a lot of people in the Prime Minister’s Office getting entangled in ongoing court cases, it’s not surprising Harper would rather people focus on what these women are wearing than questions about his own incompetence and/or corruption, something everyone from Rex Murphy and Andrew Coyne to Rick Mercer agree on.

9. Missing and Murdered Indigenous Women? Not on Harper’s radar

Last December, Harper made headlines when he said an inquiry into missing and murdered indigenous women “isn’t really high on our radar, to be honest.”

Asked again this week, Harper reiterated his opposition to an inquiry and recycled a Conservative talking point that 40 studies have been done on the issue – even though nearly three-quarters of the reports he cited have nothing to do with violence against First Nation, Inuit or Métis women.

Victims’ families have long requested an inquiry and it was one of the recommendations of the Truth and Reconciliation Commission, receiving a standing ovation when it was announced, though Canada’s minister of aboriginal affairs wouldn’t join in.

The Native Women’s Association of Canada has long been targeted by Harper’s office. Under Harper, NWAC has become “a shell of its former self” due to what APTN calls a “proverbial chokehold” meant to “slow and meticulous death.”

APTN estimates at least 300 indigenous women have been murdered or gone missing during Harper’s time in office.