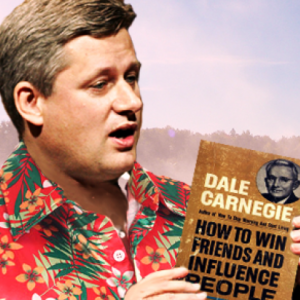 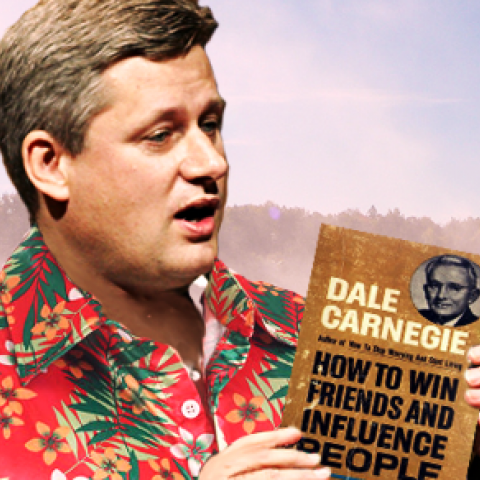 9 books on the Conservative summer reading list Peter MacKay Pride and Prejudice, Jane Austen MacKay’s recent mansplaining about why there’s a lack of women on the bench at a recent meeting of the Ontario Bar Association’s council was variously described by attendees as “disappointing,” “bizarre,” “frustrating” and “offensive.” “According to people in attendance… MacKay said that as a new […]

MacKay’s recent mansplaining about why there’s a lack of women on the bench at a recent meeting of the Ontario Bar Association’s council was variously described by attendees as “disappointing,” “bizarre,” “frustrating” and “offensive.”

“According to people in attendance… MacKay said that as a new father he understands women’s reluctance to leave their children because, while he didn’t want to downplay the role that fathers play, women have a special bond with their children,” the Toronto Star reported.

On Tuesday, things got worse for MacKay. Two emails, sent by MacKay to department staff on Mother’s Day and Father’s Day with very different, were leaked to the media.

“By the time many of you have arrived at the office in the morning, you’ve already changed diapers, packed lunches, run after school buses, dropped kids off at daycare, taken care of an aging loved one and maybe even thought about dinner,” MacKay wrote in the Mother’s Day message obtained by PressProgress.

In his message to fathers, MacKay didn’t mention any household duties. Rather, he said that men were “shaping the minds and futures of the next generation of leaders.”

On the Origins of Species, Charles Darwin

The MP from Vancouver Island doesn’t think the science of climate change is settled. He’s also a skeptic of evolution, telling the House of Commons that Charles Darwin would reconsider his “assumptions” if he were alive today.

The outgoing Ontario PC leader recently campaigned on a “million jobs plan,” but it was so flawed, economists estimated it would actually create closer to50,000 jobs.

Here’s how Hudak’s big math error works. Team Hudak commissioned the Conference Board of Canada to supply them job creation estimates. The data was provided as person years of employment, a way of measuring work by representing it as a year of work.

Team Hudak apparently mistook each “person year” for one job and multiplied this by a factor of eight (because they wanted to forecast eight years). This led to bewildering conclusions — a single person working a job for eight years is counted as eight separate jobs.

The Decline and Fall of the Roman Empire, Edward Gibbon

Anders actually said this in the House of Commons during a debate on gay marriage in 2005: “Edward Gibbon goes on in his work, The Decline and Fall of the Roman Empire, to cite several things that made for the decline of the Roman Empire. One of those, the first that he cites, was the immorality that destroyed the integrity of family life.”

Anders continued: “The second thing that Gibbon talks about is gender confusion and the problems that had in the Roman Empire. The third is disregard for religion. I think we can see some parallels today… Julius Caesar in 59 BC offered rewards to Romans who had many children. He forbade childless women to ride in litters or wear jewellery. It sounds pretty stark in today’s climate but, nonetheless, he understood the importance of family… I would go on to talk about Diocletian, for I think I would wrap up with him, but I have only a minute left.”

Remember when Moore, just a few weeks before Christmas, set off a firestorm with comments about child poverty? “Is it my job to feed my neighbour’s child? I don’t think so,” the industry minister told reporters in a scrum.

Moore, pointing out Ottawa is focused on job creation while provinces are responsible for dealing with child poverty, also asked: “Certainly we want to make sure that kids go to school full bellied, but is that always the government’s job to be there to serve people their breakfast?”

The Ontario Conservative MP Brad Butt was doing his bit for his party when he explained why the Unfair Elections Act proposed to tighten up voter identification rules and scrap the practice of “vouching” for people who lack proper identification at polling stations.

It’s all about stamping out widespread voter fraud, not voter suppression, Butt explained in the House of Commons.

To make his point, Butt said he had personally seen political operatives scooping up these cards from recycling bins to use them for fraudulent purposes at polling stations. Butt later admitted that, well, wasn’t true.

The social conservative MP from Langley, B.C., is a favourite of the pro-life movement for making regular pitches in Parliament to curtail women’s access to abortion.

Novelized adaptation of Back to the Future

To be a big winner in this $3 billion tax giveaway, the top earning spouse would be in the top income tax bracket (earning at least $136,270 with up to $50,000 to transfer) and their spouse would be earning no money. A recent study of the Broadbent Institute found that fewer than 2% of families with children under 18 fit into this category.

“The NDP seems to have taken on this charge about the Conservatives wanting to return to the 1950s as if it is some kind of a bad thing,” said Goodyear.

How to Win Friends and Influence People, Dale Carnegie