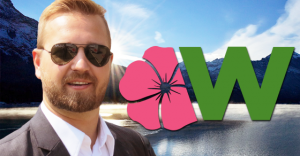 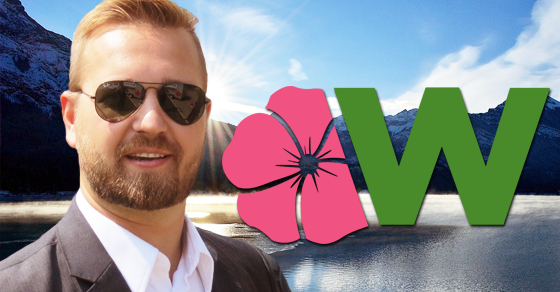 Fildebrandt's return is bad news for current Wildrose leader Brian Jean, who is now being called weak, ineffectual and not in control of his own party.

Good news, fans of angry right-wingers: Derek Fildebrandt is back!

After managing to get himself suspended from caucus following his careless response to homophobic social media comments directed at the Premier of Ontario, the Wildrose Party finance critic has been welcomed back with open arms and tight muzzle!

As part of an agreement, Wildrose required Fildebrandt “hire a social media manager” to filter the staunch libertarian’s prolific stream of online commentary.

Only downside? Fildebrandt’s return is bad news for current Wildrose leader Brian Jean, who is now being called weak, ineffectual and not in control of his own party. Sigh.

Following the suspension, Jean faced a backlash by members of several riding associations, while Ezra Levant’s Rebel Media steered their supporters against Jean by portraying Fildebrandt as a martyr.

So we are left with only one solution: Derek Fildebrandt must replace Brian Jean as Wildrose leader.

Here are eight reasons why Fildebrandt is ready to fulfill his destiny and become Premier of Alberta:

1. He conducts himself professionally

How good is Fildebrandt at handling those pressures that come with the job? Just ask the Globe and Mail’s Carrie Tait.

During the Wildrose response to the 2015 Alberta budget, Fildebrandt threw a small temper tantrum with great poise, accusing the Globe reporter of being biased against him and adding he doesn’t take “questions from people who don’t conduct themselves professionally.”

Fildebrandt took to Twitter afterwards to accuse the reporter of “auditioning” for the job as “press secretary in the Premier’s Office,” which was of course a very professional thing to do: Fildebrandt would later delete the insulting tweet, as professionals tend to do.

Another professionally conducted tweet calling her a “B-list reporter” still remains, however:

@DuaneBratt No. B-list reporter who wrote an intentionally torqued a story. Ideologically charged platform that just needs a reality check.

Unlike politicians who get involved in public service because they believe in betterment of humanity, “social issues” apparently just don’t “rank in the top 100 reasons” Fildebrandt ran for office.

As Alberta schools prepared to implement new LGBTQ guidelines earlier this year, Fildebrandt explained Wildrose’s position by saying he finds these sorts of issues boring, triggering reactions from across the political spectrum:

Never imagined that WRP #ableg Opposition would ever say that human rights & social issues are stale & not priority. pic.twitter.com/w1oZWYv4CD

“Social issues” encompass & affect a great deal of what we do. That you don’t get this, is mind-boggling ! #ableg https://t.co/IGxKOR64ao

But hey, at least everyone knows where he stands on social issues.

3. He learned from the greats

As a campus conservative at Carleton University, Fildebrandt founded the “Reagan-Goldwater Society,” a student group that learned from some of the greatest minds of Canada’s conservative movement.

Take for example, Rob Anders who earned the honour of being called “Canada’s worst MP” and lost the nomination from his own conservative riding association last year, probably for reasons like heckling Nelson Mandela in the House of Commons, claiming gay marriage “undermines civilization,” and falling asleep in the House of Commons.

Talk about standing on the shoulders of giants!

Shouldn’t a leader bring people together?

Fildebrandt’s riding association seems to have some ideas about that, tabling a motion at the party’s Annual General Meeting last year calling for the federal government to impose financial penalties on any province that does anything to “discourage economic activity” or “limit responsible resource development.”

At last year’s party AGM Fildebrandt’s riding association tabled a motion demanding that the federal government impose financial penalties on any province doing anything to “discourage economic activity” or “limit responsible resource development,” in much the same spirit as the Fathers of Confederation so many years ago.

5. He has a common touch

Who can resist a politician that speaks like the common man?

Alas, Sir Fildebrandt once dubbed the mayor of Montreal a “medieval petty lord,” accused him of “petty provincialism and extortion” and declared that “Alberta must stop giving credence to the petty lords of confederation who subvert the constitution that this country was built on!”

6. He thinks outside the box

As National Director of the Canadian Taxpayers Federation, Fildebrandt once applauded Maxime Bernier for penning an op-ed expressing his skepticism about “global warming theory.”

Fildebrandt said Bernier was a “champion in parliament” to “many disenfranchised Canadians” for “counselling against alarmism in the global warming debate.”

Bernier suggested “the influence of the sun,” rather than carbon dioxide, could be the real cause of climate change, which maybe gives us a better picture as to why Fildebrandt keeps opposing efforts to do something about climate change.

You won’t have to worry about a hypothetical Premier Fildebrandt picking “winners and losers between the sexes” – he’s neutral on gender inequality.

While he was still at the Taxpayers Federation, Fildebrandt actually attacked the Conservative government for giving a grant to a “feminist pow wow” and “feminist gab-fest.”

Those are the words he used to describe an international women’s conference aimed at issues relating to poverty and discrimination among “isolated and disenfranchised” women from “marginalized communities.”

“This hellhole of taxpayers’ money is enough to make anyone throw a fit,” he added.

Speaking of throwing a fit, Fildebrandt once tipped a waiter 6% – a generous $3 on a $50 sunrise breakfast!

Fildebrandt was hosting Preston Manning to discuss uniting Alberta’s right-wing political parties. And, of course, that conservative gab-fest was paid for by taxpayers.