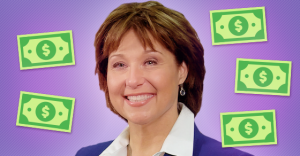 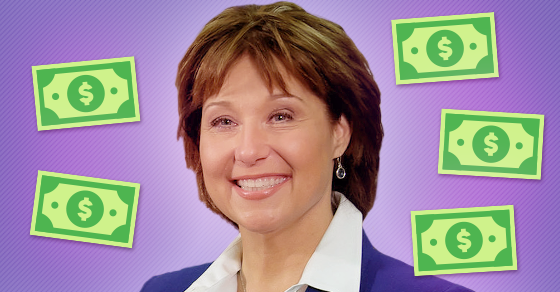 Is Christy Clark's flip-flop just another desperate attempt to cling to power?

Has BC Premier Christy Clark finally seen the light?

After years of dismissing demands to reform British Columbia’s campaign finance laws – what the New York Times once called “the Wild West of Canadian political cash” – Clark’s BC Liberals is asking you to believe she’s had a sudden change of heart on the question of banning corporate donations.

Now, with the BC Liberal government on what could be its last breaths, Clark is set to use this week’s Throne Speech to portray her “arrogant” and “out of touch” government as compassionate to the less fortunate and not in the pocket of corporate interests – one tricky task, considering Clark spent years rubbing elbows with companies who gave her party tens of millions in corporate donations while inequality in BC skyrocketed.

So is Clark’s flip-flop just another desperate attempt to cling to power?

Well, if it isn’t, she might want to explain what made her change her mind – after all, Clark’s BC Liberals voted against legislation banning corporate donations tabled by the BC NDP six times.

“Is the government contemplating adopting the kind of ban that others are talking about on corporate donations and union donations? We are not.”

Did those views evolve one year later?

In March, Deputy Premier Rich Coleman said this when he was asked if Clark’s BC Liberals would consider changing the rules on corporate donations:

“We are not about to change anything.”

Why were Clark’s BC Liberals opposed to change?

“That’s how it has been working now for decades. It’s a system that works.”

But couldn’t a better system be possible?

According to Christy Clark before this year’s election, the answer was no:

“A worse system would be one where the money is not given freely.”

How come Clark wasn’t more concerned about the influence of corporate money before she flip-flopped?

Just in April, Clark argued the influence of big money wasn’t a concern because she chooses to not allow herself to be influenced by the tens of millions of dollars corporations give her party – even though BC Liberal donors somehow managed to receive $758 million in public contracts:

“I mean, everybody takes donations, but the thing is, does the donation change your decision?”

But what about all of Clark’s cash-for-access fundraisers?

Not an issue, Clark said, because she treats everyone equally at $20,000 per plate fundraising dinners:

“I don’t walk into an event and say, ‘how much did people pay to get here?'”

But don’t be so quick to congratulate Clark for her change of heart.

Clark’s BC Liberals recently stopped voluntarily reporting corporate donations, a move that could open the door to accepting unlimited sums of corporate money that will not be disclosed before the party faces a confidence vote.

That could be a sign Clark is quietly building a war chest for a snap election – something seven in ten British Columbians oppose.