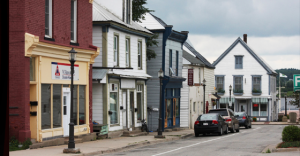 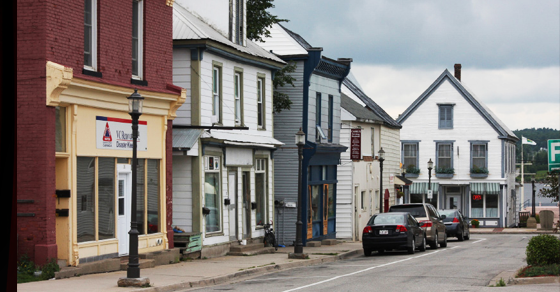 A new poll suggests one thing that makes Canadians most unhappy is the disappointing job situation facing young people in their communities.

A new poll released Thursday says a majority of Canadians are unhappy about the lack of job opportunities for young people in the communities where they live.

According to a national survey conducted by Abacus Data on behalf of the Federation of Canadian Municipalities, 62% of Canadians say they’re either “unhappy” or “very unhappy” about “job opportunities for young people” in their community. Overall, 48% of Canadians said they were “unhappy” about youth job opportunities in their community, with another 14% adding they were “very unhappy.”

Those in smaller communities of fewer than 20,000 people were more likely to say they were unhappy about youth jobs (69%) than larger communities, though the sentiment is overwhelmingly shared by those in cities larger than one million people (60%).

Concerns were also most pronounced in Atlantic Canada, with 81% saying they were unhappy about job opportunities for young people, although close to two-thirds of respondents in Ontario (64%) and BC (66%) said they were concerned too.

And no wonder: Canada’s youth unemployment rate has hovered around 13% since the 2008 recession while underemployment has continued to climb and climb.

A report from the Parliamentary Budget Office released at the end of last year found the number of Canadian workers aged 25 to 34 with university degrees who are “overqualified in their current position has been on an upward trend since the early 1990s.” That may be surprising given CBC News reported this week that a “secret” Finance Canada analysis claimed Canadian millennials are “wealthier than previous generations of young Canadians,” with an average net-worth of $93,000 each!

Of course, the Finance Canada report also noted “stronger wealth gains at the top of the income distribution,” likely distorting the “average” net-worth of your typical Canadian aged 28 to 34.

As David Macdonald of the Canadian Centre for Policy Alternatives points out, “it’s the high end that’s driving up net worth for those in their 20s or 30s.”

A much different picture emerges when you break down by how that wealth is distributed, however. Put another way, the wealthiest 10% of Canadians in their twenties hold 73% of all wealth in this age group, while the other 90% of twentysomethings hold 27% of all wealth.

And even within the “everybody else” group, the “the bottom 70 per cent hold one per cent of that wealth,” Macdonald adds.

Similarly, the average net-worth of Canadians in their thirties ranges from $21,000 in debt at the bottom to $63,000 in the middle.

But on the other hand, the wealthiest 10% of thirtysomethings had an average net-worth of $980,000. No wonder so many Canadians are frustrated that young people can’t seem to get ahead.