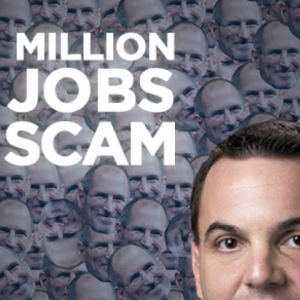 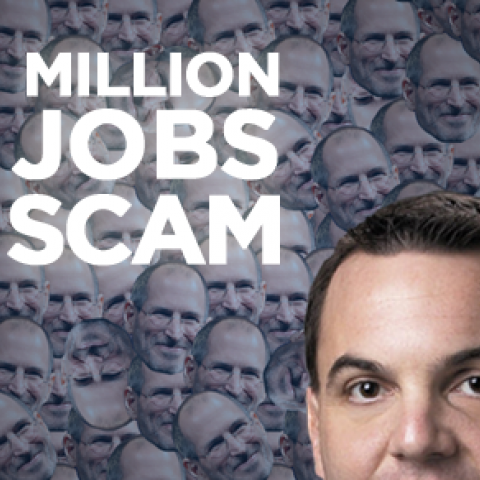 Updated May 24, 2014 Tim Hudak’s gone full throttle waging war against corporate taxes, laying out a plan that would make Ontario’s corporate tax rate the lowest in Canada. Except there’s very little evidence this plan will do anything for anyone in Ontario, unless they happen to work on Bay Street. Here’s a busting of […]

Except there’s very little evidence this plan will do anything for anyone in Ontario, unless they happen to work on Bay Street.

Here’s a busting of three corporate tax myths Hudak has been floating on the campaign trail:

Corporate taxes are “going through the roof” (source)

Ontario’s corporate tax rate is currently lower than it’s ever been.

And corporations in Ontario aren’t even paying anywhere close to the highest rates in Canada. Between a low of 10% in Alberta and 16% in Prince Edward Island and Nova Scotia, it’s hard to make the case that Ontario’s 11.5% corporate tax rate is ‘less competitive’ or “going through the roof” compared to other provinces:

And that’s nothing compared to the corporate tax rate in the United States — where Hudak fears Ontario’s jobs could flee — as top companies pay a federal rate of 35% in addition to corporate taxes owed to individual states.

All the while, corporations are increasingly paying far less (one analysis puts the average effective rate at 17.5%), far lower than the statutory rate (in Ontario, that’s 26.5%). Using aggressive tax planning strategies, many of Canada’s wealthiest companies take advantage of tax loopholes and shift profits through offshore tax havens.

According to Ottawa’s own data, for every dollar doled out in corporate tax cuts, only 20 cents of growth is generated in return. That’s a net-loss of 80 cents.

Finance Canada, meanwhile, estimates that every one billion dollars in corporate tax cuts generates a measly 3,310 jobs in return. Given that each percentage of corporate taxes in Ontario is represents $895.6 million in revenue, Hudak’s corporate tax reduction of 3.5 points would create a little under 10,000 jobs according to this framework, far fewer than the 119,808 Hudak’s “million jobs plan” estimates.

As Linda McQuaig explained in an iPolitics column, even the deputy chief economist of the Conference Board of Canada who Hudak PAID MONEY to vet his “million jobs plan” (and doesn’t actually endorse it) agrees that “far more jobs are created by government spending than by corporate tax reductions” and noted that “there are economic levers that could be bigger than corporate tax cuts.”

And as Unifor economist Jim Stanford reveals here, the Ontario PC number-crunchers actually counted incorrected (or, in Stanford’s words, did a “gross and obvious misreading of the Conference Board’s own results”) to get to their magic number of 119,808. “The Conference Board estimated 18,631 jobs after 8 years, but the PCs claimed 119,808,” explains Stanford in The Progressive Economics Forum blog.

Meanwhile, a column about Hudak’s plan by two retired senior Finance Ministry policy advisers explain that cuts to the federal corporate tax rate in 2008 is “evidence” that corporate tax cuts only lead to “companies stocking up cash balances.”

In fact, Corporate Canada’s pile of “dead money” (that’s the hoard of cash sitting in corporate bank accounts not being reinvested in the economy) has hit a record high $626 billion, surpassing the size of the national debt.

“High taxes are driving jobs out of Ontario” (source)

Most economists agree the hollowing out of Ontario’s manufacturing sector had nothing to do with taxes and everything to do with the U.S. recession and abnormally high Canadian dollar (see here, hereand also here).

But Hudak also implies Ontario needs to keep taxes low or companies will bolt to another state or province in a heartbeat if it means they can get a better deal on taxes. It’s not that simple.

Set aside that corporate tax rates are actually higher or not much better in most neighbouring jurisdictions, or that the costs of shutting down shop and moving elsewhere often negate whatever it is they’re supposed to save on taxes. Businesses are actually looking fo the right combination of skilled workers, infrastructure, and access to markets.

A recent survey of 150 entrepreneurs heading some of America’s fastest growing start-ups revealed they “rarely cite low tax rates or business-friendly regulations” in deciding where to locate their businesses, instead pointing to access to a local pool of skilled employees as being the biggest factor in deciding where to do business. In fact, only 5% of entrepreneurs even mentioned taxes, and words like “‘park’ and ‘restaurants’ were discussed more frequently than terms related to taxes and regulations.”