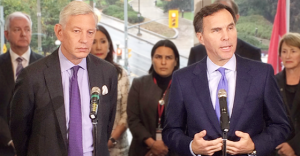 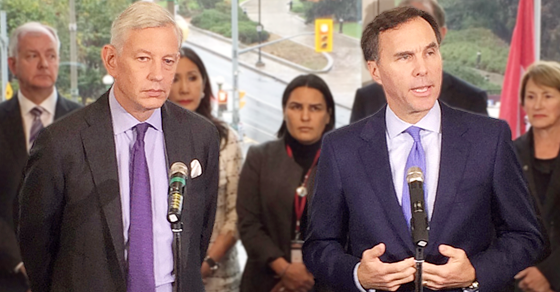 The finance minister says he's "open" to the idea of raising the retirement age recently proposed by a panel of CEO advisers.

Looking forward to settling into retirement?

The CEOs who advise Finance Minister Bill Morneau would like you to work a couple more years into your late 60s.

That’s the recommendation from the Liberal government’s Economic Advisory Council, who presented Morneau with a proposal this week to reverse a key Liberal campaign promise and discourage seniors from retiring until they’re 67-years-old.

The proposal includes a plan to increase the eligibility age for both Old Age Security (OAS) and the Canada Pension Plan (CPP) from age 65 to 67.

If that sounds like an idea you’ve heard before, that’s because it is – Stephen Harper’s Conservatives controversially raised the retirement age to 67 in 2012.

Prime Minister Justin Trudeau has called that decision a “mistake” and stated “tweaking the age like that is a very simplistic solution that won’t work.” Last year’s Liberal budget reversed Harper’s decision and left the retirement age at 65.

Here are three reasons why that would be a terrible idea:

Why solve a problem that doesn’t exist?

Although the Economic Advisory Council describes the proposal as a way of incentivizing seniors to work longer, this over looks a key detail: many already are.

According to Statistics Canada data, the employment rate for Canadians between the ages of 65 to 69 was just 11% in 2000. 2. Benefits do not discourage work

Just because you receive CPP or OAS benefits doesn’t rule out the possibility of working – many seniors already do that.

Many seniors lack adequate retirement savings. More than 600,000 Canadians over the age of 65 lived in poverty in 2012.

And more than 4 in 10 workers between the ages of 65 and 69 worked part-time, with many trying to supplement their modest pension income.

Clawing back benefits for these seniors wouldn’t incentivize them to work longer and harder, it just leaves people who don’t have very much money in the first place with less money in their pockets.

3. It would hurt the most vulnerable seniors

And let’s not forget – many seniors don’t work because they can’t work.

What about workers who’ve spent decades working physically-demanding jobs or who need to leave the workforce for health reasons?

A 2011 Statistics Canada study showed nearly a quarter of people who chose to fully retire did so on account of poor health or disability. Another 7% had fully retired in order to care for a partner or family member.

“How we care for our most vulnerable in society is really important,” Trudeau said last year. “Anyone who has worked with their hands as a labourer … and has been in a much more physical job, once you reach 65 … there are real challenges.”

Right. So why are we talking about clawing back retirement benefits again?