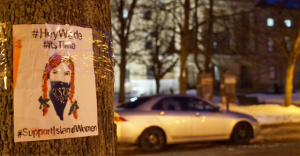 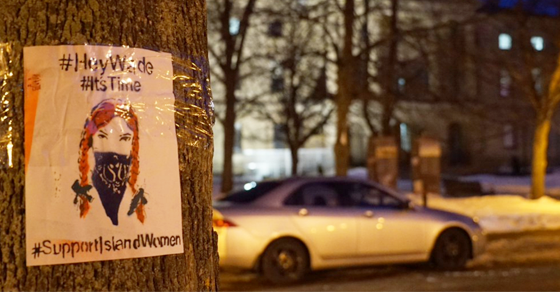 28 years ago today Canadian women won access to safe abortions. This province never got the memo

Prince Edward Island is the only province in Canada where women can't get access to abortions. At. All.

Here we are, 28 years to the day since the Supreme Court’s landmark Morgentaler Decision struck down restrictions on abortions in Canada, yet one province still hasn’t gotten around to respecting women’s reproductive rights.

No, not New Brunswick, but good guess (they have their work cut out for them too).

Prince Edward Island is the only province in Canada where women can’t get access to abortions. At. All.

Despite calls from doctors and women’s groups, PEI’s Liberal government still won’t provide access to safe abortions on the island, despite ruling the province for nearly a decade.

Because they don’t perform abortions in PEI hospitals and you can’t find a single abortion clinic on the island, women in PEI are forced to travel out-of-province, making access especially difficult for many women who are young, have low-incomes and/or live in rural areas.

A recent University of PEI study has described the province’s abortion policy as “a complex dynamic set of barriers” and “a maze of interlocking trails which compromise women’s health.”

The Supreme Court’s Morgentaler decision ruled that a portion of the Criminal Code violated a woman’s right to security of person as guaranteed under the Charter.

“The extent to which the province has been blatantly violating women’s Charter rights for 30 years is shocking,” says Josie Baker of AANPEI.

Earlier this month, representatives of Abortion Access Now PEI filed a notice of application in the province’s Supreme Court in an attempt to secure full and unrestricted access to publicly funded abortion services to islanders.

Who could help fix this problem? Prime Minister Justin Trudeau? Trudeau does identify as a feminist. And judging by the photo above, he seems to get along pretty well with PEI Premier Wade MacLauchlan too.

Not only that, under the Canada Health Act, provincial health systems are mandated by the federal government to meet certain criteria to be eligible for federal funding, including the requirement that every citizen be entitled to the same level of care and equal access to healthcare facilities.

Think Trudeau should have a word with MacLauchlan? Click here if you agree: