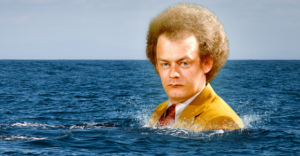 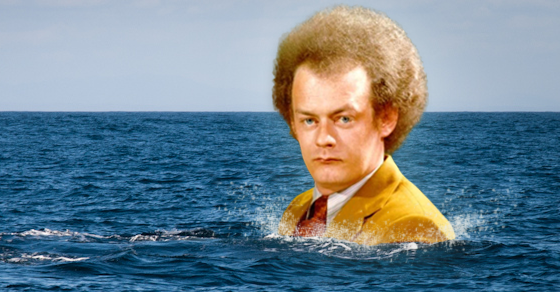 Are you ready for the Paris climate conference? Here's a list of people and groups that will probably chime in.

Get ready for the Paris climate conference!

As the world gears up for the major climate conference at the end of November, the stars are aligning (and maybe Jupiter and Saturn too!) for significant international progress on climate change.

So you can be sure every grumpy climate change dinosaur from here to Saskatoon is warming up their vocal cords to make zany, over-the-top statements denying, belittling or raising false doubts about climate science.

Who can you bet on hearing from? Here’s a list of people and groups that will probably chime in:

A “great racket” is what Murphy calls “this global-warming/climate-change stuff.” He once raised doubts about climate science on the basis that he saw it snow in Vancouver one winter and actually used his soapbox on the CBC to declare climate science had been “debunked” (a conspiracy theory that has itself been debunked).

Something else you should know about Rex: in response to a story broken by PressProgress last year, Murphy admitted he’d been paid to speak at oil industry events, triggering an ethics review that resulted in CBC changing its disclosure policies.

Even though countless scientific bodies say there’s a scientific consensus on climate change, the editor of the Financial Post – who has no background in science whatsoever – thinks there’s “growing skepticism about the theory of man-made climate change.”

Highlights from his career in climate reporting include claiming a climate scientist trapped briefly by ice showed the “folly of global warming science” and also being named in a defamation lawsuit, costing the National Post $50,000.

Former National Post editor Jonathan Kay referenced Corcoran’s writings as an example of the “paranoid” writings of climate deniers at his own newspaper (he referenced Rex Murphy too).

Here are a few other things Kay had to say about “climate change deniers” at the National Post:

A frequent contributor to the National Post and Financial Post, Solomon describes himself as “one of Canada’s leading environmentalists.”

Solomon has said “the science is not settled” on climate change. He’s also floated the theory that “the alignment of the planets, and especially that of Jupiter and Saturn, control the climate on Earth” and claimed “humans don’t have much to do with climate change,” suggesting instead “the Sun” and “cosmic rays” are “dominant factors.”

Solomon is the founder and director of Energy Probe, a right-wing charity which bills itself as having “led the charge that the science of man-made global warming is not settled.”

This Globe and Mail columnist predicted there’s a “good chance that the catastrophists are wrong, that global warming won’t be as severe as feared, that climate systems are more resilient than we think.”

Wente also sits on the board of Energy Probe.

More recently, Levant’s made some pretty far-out there comments, even by his own standards: he alleged Reform Party founder Preston Manning was using “Jedi mind tricks” and “linguistic trojan horses” to “bamboozle the oil patch” after Manning said carbon pricing was as good for both business and the environment. He also went after the Pope, accusing the head of the Roman Catholic Church of “Paganism” and alleging the pontiff is inspired by “mass-murdering Marxist” dictator Mao Zedong.

Yet if Wildrose now accepts the science since Smith left the flock, they’ve done little to show they’re serious about it.

Current Wildrose leader Brian Jean labels carbon pricing a “tax on everything” and the party recently considered a policy proposal to punish any province that does anything to “discourage economic activity” or “limit responsible resource development.”

Plus, there’s climate belittlers like Wildrose MLA Grant Hunter, who suggested the evolution of women’s underpants over the last 300 years is “proof of global warming.” Sounds like he takes the issue seriously.

The Conservative Party of Canada

Under Prime Minister Stephen Harper, Canada had the worst climate change record in the industrialized world: Why’s that? Skipping important international climate meetings? Not keeping his own commitments on regulating oil and gas? Failing to meet his own emissions targets? Withdrawing Canada from the Kyoto Protocol?

And another current MP, Cheryl Gallant, raised the possibility of a vegan agenda, suggesting climate change “extremists believe we should all be plant eaters only.”

Recently, it was confirmed the Institute received funding for years from organizations connected to the American Koch Brothers.

In 2007, the Fraser Institute told the Intergovernmental Panel on Climate Change that “there is no compelling evidence that dangerous or unprecedented changes are underway.”

The Institute’s voices on climate change range from Kenneth Green, senior director Natural Resources Studies, who told a U.S. Senate committee that “the warming we would expect from doubling the amount of CO2 in the atmosphere would be quite modest … and offer very little risk” to senior fellow Ross McKitrick, who previously signed a declaration that states “there is no convincing scientific evidence that human contribution to greenhouse gases is causing dangerous global warming” and links “recent global warming” to “God’s intelligent design.”

The right-wing anti-tax group fought to kill BC’s carbon tax and argued carbon taxes do nothing to reduce CO2 emissions (others disagree).

The group has a history of advocating that climate change is not real: CTF’s Federal Director Kevin Gaudet previously said “we don’t believe there’s such thing as man-made climate change,” while BC director Maureen Bader said “the consequences of global warming are vastly overstated.”

The Prairie-based right-wing think-tank boasts a stable of deep thinkers with strong views on climate change.

And for the cherry on top, FCPP also published a piece by Fred Goldberg that remarked how it’s “strange” people are “alarmed about recent global warming” given that “when the consequences of rapid global warming are compared with those for rapid global cooling, it’s clear that mankind suffers more harm from the latter.”

They also helped organize whatever this was supposed to be: Get ready for Paris!